Showing posts from November, 2008
Show All 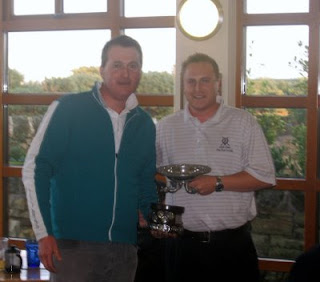 Therefore the second golf match of 2008 between the St. Andrews Caddies v Staff of the Links Trust was held on Friday 28th November at the Eden Course in St. Andrews. Due to a cold snap, with frost covering the golf course, the start was delayed by a couple of hours this resulted in the first two matches being played over eighteen holes and the remaining four games being played over nine holes.

The games were in the 'fourball' matchplay format which means that two teams of two golfers play against each other with the lowest score from one of the golfers winning the hole. Another tense golf day ensued.

My match was the first one out and Eck, playing partner, and I found ourselves 3 holes…
Post a comment
Read more 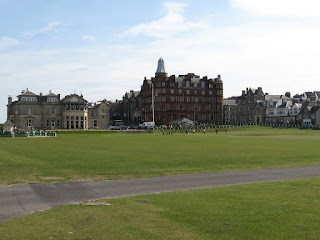 From time to time I'll be posting my musings on golf and playing golf in Scotland. I hope the few that read will find it informative. Further detailed information about travelling and golfing in Scotland can be found on my web site - www.caddiegolftours.com.